OSX 10.7 Lion and some new Mac models out now 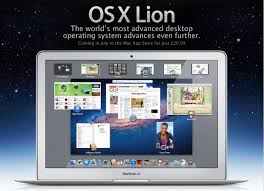 Well the release of Lion and two new Mac models have been highly anticipated and today they have been officially released. If you are running Pro Tools do not rush to install Lion as it is not yet qualified! Lion doesn't bring many more features to the table, however it does offer quite a few refinements, including re-sizable windows from any corner. You can read more here.

Appart from Lion, Apple today also released a new range of MacBook Airs and Mac Minis. The Airs  now come with Core i5 and i7 processors claiming speeds up to 2.5 times as fast as the previous model.

What I was interested in was the new Mac Minis. These too have had the i5 and i7 upgrade and now appear to be a desktop version of the MacBook Airs.  This includes the redesign of the housing to EXCLUDE the internal DVD drive. I was completely optimistic in hoping that this model may of included Blu-Ray as many people are using Mac Minis for home theater use. Apple have been having licensing issues with the inclusion of Blu-Ray drives,  however I had hoped that this may have been resolved. Now if you want a Mac Mini you need to purchase an external SuperDrive separately. Something that MacBook Air owners have already been doing. I feel that Apple will lose sales on the Mac Mini on this detail alone... unless they release an external Blu-Ray drive in the near future. If you are wanting the mini for a HTPC you may be better off buying the recently outdated generation... it will be cheaper and includes an internal DVD drive!
Posted by Damian at 10:41 AM 1 comment:

Apple has adjusted the international App store pricing to reflect current currency exchange rates. For Australians this means that the $1.19 apps are now selling for $0.99. This is also reflected on some of the more expensive Apps for example V-Control also being reduced quite heavily. With Apple on the verge of releasing the new Lion operating system and new hardware models, hopefully we can also see a reduction in prices reflected here. Now we just have to wait for these new HIGHLY anticipated hardware models!
Posted by Damian at 10:21 AM No comments: